The screenshots in my graphics posts are from my raymarching renderer, and mainly consist of boxes and spheres. That’s a bit boring so I thought I’d have a look for something more interesting, and came across the Syntopia blog talking about raymarching 3D Mandelbulb fractals. I plugged the code into my renderer and it worked a treat. Here’s a video I rendered out from it:

It’s not exactly artistically shot (just a programmatically spinning camera and light) but it looks quite nice. I may set up some proper paths and things at some point and do something nicer. (Here is a much nicer animation I found, which was rendered with particles in Lightwave and apparently took nearly an hour per-frame to render. Mine took about 45 mins total.)

Running the code yourself

If you fancy having a play around (or just want to make your GPU overheat) you can download the program. I make no guarantee that the code runs on your system (I’ve only tried it on my Radeon HD7950, but it should work on most DX11 cards), and use this software at your own risk etc.

This has the .exe, a couple of textures and two shader files you can edit. The shader files are compiled on load, so you can modify the shaders (in the .fx files, you can just use Notepad or something to edit them) and re-run the .exe. Compile errors should pop up in a box.

This demo is using a deferred renderer (for no particular reason) so there are two separate shaders you can play with. The fractal generation code is in sdf.fx and calculates and writes out the depth, colour, normals, sun shadow and ambient occlusion into buffers for every pixel. deferredshader.fx applies the lighting. Depth of field, antialiasing and lens flare are applied afterwards.

deferredshader.fx is the simpler of the two. The lighting setup is pretty much copied from this Iñigo Quilez article for the sun, sky and indirect lighting. A physically-based specular term is added (more complex but better looking than the simple specular I wrote about before) and then some fog is applied. Light colours and specular gloss can easily be edited.

sdf.fx controls the geometry generation. The SDF() function is the signed distance function, and takes a world position and returns the distance to the nearest surface. There are a few alternative functions you can try (the others are commented out). SDFMandelbulbAnimated() generates the animated Mandelbulb in the video and is the code from the Syntopia blog. SDFMandelbulbStatic() is an optimised function for generating the static power-8 Mandelbulb, using the optimised code from here. As well as that there are a couple of other functions for fun – some infinite wibbly spheres and the box and two spheres from my earlier videos.

After using the SDF to find the surface intersection point it calculates the soft shadowing from the sun (which I described here). This can be really slow so there is an option to turn it off completely at the top of the file if your frame rate is too low, or you could tweak the iterations and max radius down a bit. It also calculates an ambient occlusion term using five rays at 45° from each other. This can also be slow, and the same applies.

This is just a quick overview. Any specific queries or questions, leave a comment.

Finally, here are a few screenshots I took. Macro photography of fractals gives some quite nice results. Enjoy! 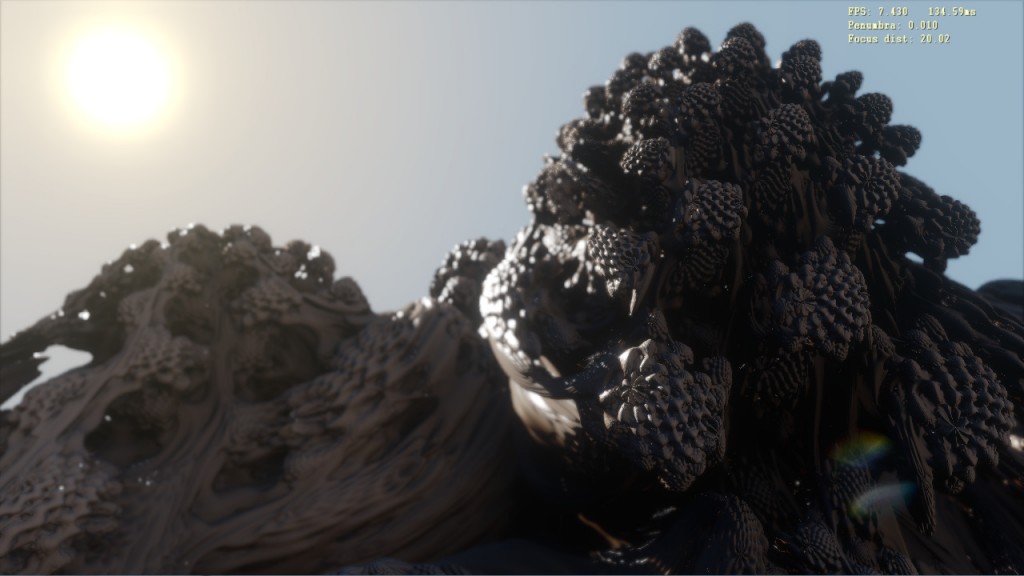 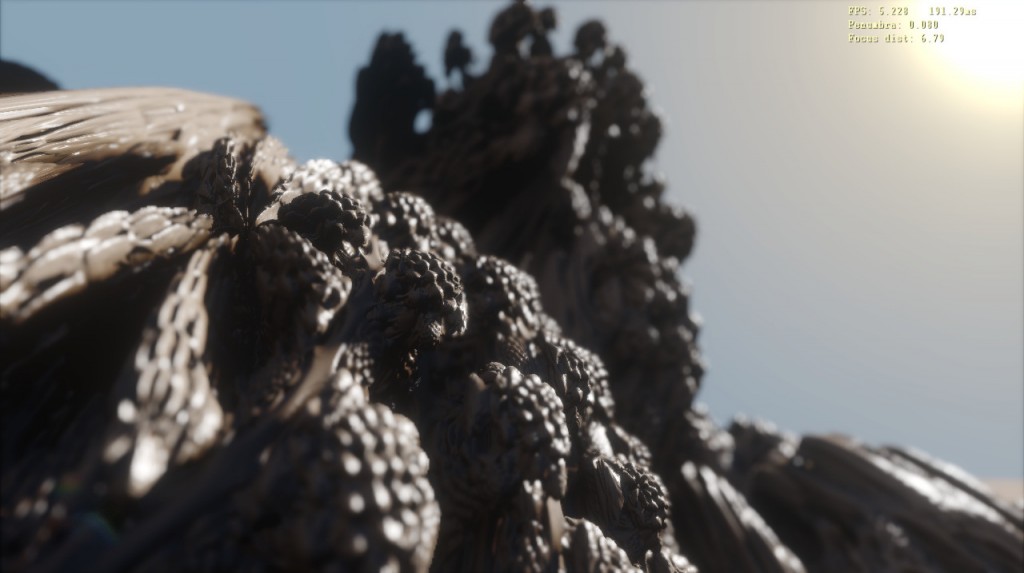 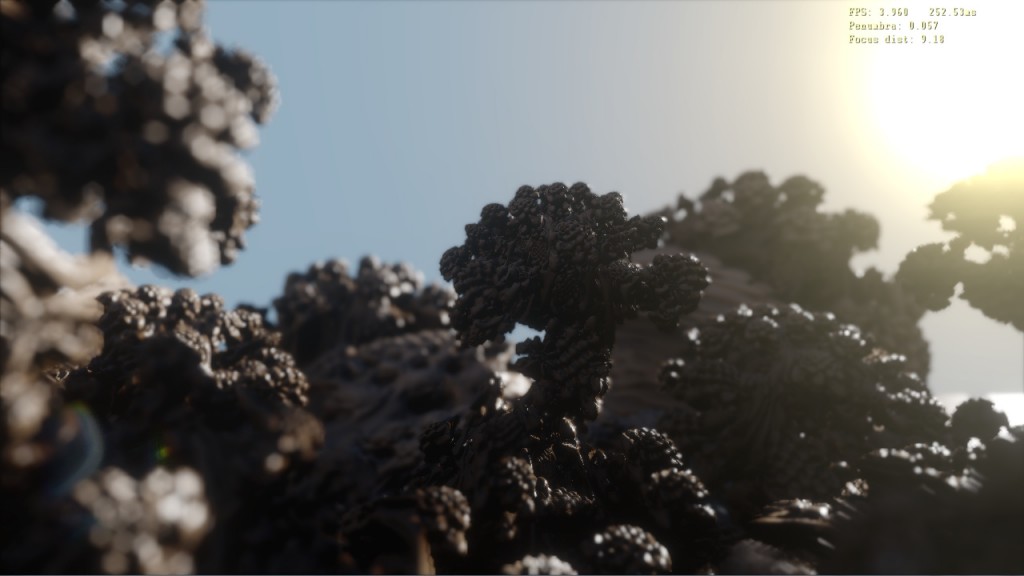