Massive Open Online Courses (MOOCs) have really taken off in the last couple of years. I was aware they existed but it was only a few months ago that I took the plunge and signed up for one. I wasn’t really sure what to expect in terms of course content, time requirements and difficulty, so […] 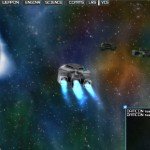 Many games claim to offer you the joys of command. Direct legions of soldiers, hordes of tanks or fleets of ships to do your bidding on the tabletop or the screen. But this isn’t real command. Pixels on a screen don’t look to you for inspiration in hopeless situations. Plastic miniatures don’t care if you […] 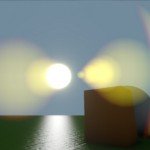 The final part I’m going to cover for high dynamic range rendering is an implementation of lens flare. Lens flare is an effect that raises a lot of hate from some people, and it can certainly be overdone. However, when used subtly I think it can add a lot to an image. Theory of lens […] 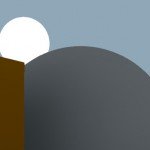 Last time I covered HDR render targets, tone mapping and automatic exposure control. Now it’s time to simulate some camera imperfections that give the illusion that something in an image is brighter than it actually is on the screen. Bloom The first effect to simulate is bloom. This is when the light from a really […] 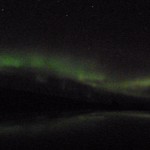 Last week we went to Reykjavik in the hope of finally spotting the aurora borealis. It was my fourth time in Iceland with no luck on the previous visits (it was generally cloudy) so I was hoping for good weather. Luckily the day we arrived it was completely clear all night, so we were hopeful as we […] 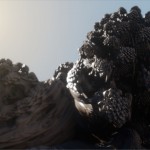 The screenshots in my graphics posts are from my raymarching renderer, and mainly consist of boxes and spheres. That’s a bit boring so I thought I’d have a look for something more interesting, and came across the Syntopia blog talking about raymarching 3D Mandelbulb fractals. I plugged the code into my renderer and it worked a treat. Here’s a video […]

High Dynamic Range (HDR) rendering is a way of coping with the large possible range of brightness in a scene, and how to render that to a screen. There are a few parts to this which are all required to get good results. In this part I’ll cover the initial rendering, tone mapping and dynamic exposure control. […] 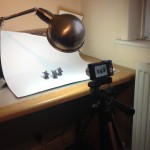 I was pleased with the quality of my miniatures photos came out, so this is my cheap, cheerful and minimal effort method of photography. What you’ll need A camera –  any basic compact will do, as long as it has a manual settings mode. Tripod – or at least some way of keeping the camera still. A sheet of […] 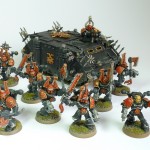 I’ve got a reasonably well painted Warhammer 40K Chaos Marine army, so I thought I’d show off a few pictures (click through for larger images). I’ve not really found the time to do any painting for over a year now (too much blogging, programming, gaming etc) but some of the new Chaos Marine miniatures look really nice so […]

In this previous post I talked about Bokeh depth of field, where it comes from and why it is different to the type of fake depth of field effects you get in some (usually older) games. In this slightly more technical post I’ll be outlining a nice technique for rendering efficient depth of field, which […] 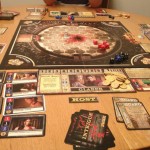 Licenced board games tend to follow a similar pattern to licenced video games: most of them are a bit rubbish, but a few are great and really make the most of their source material. Here are two of those. Spartacus: A Game of Blood & Treachery The Spartacus board game is based on the TV series […]

[This is a bit more opinionated and political than I would normally post, but I think it’s important. I don’t care which party runs the country as long as it’s run fairly and honestly, according to logic, reason and evidence. Unfortunately that sounds hopelessly naïve. This contents of this post are hardly controversial, but it’s just a part of […]

So far I’ve covered the basics of getting objects on the screen with textures, lighting, reflections and shadows. The results look reasonable but to increase the realism you need to more accurately simulate the behaviour of light when a real image is seen. An important part of this is the characteristics of the camera itself. One […]

I hadn’t been to Cheltenham Science Festival before so last Friday I popped down for the day. I went to half a dozen presentations so here’s a summary of the interesting bits. Eight Great Technologies This was a talk by David Willetts, the Minister for Universities and Science, giving us reasons to be optimistic about the future […]

Hardly anyone I know shares my taste in music. To potentially help alleviate this I present a selection of great female-fronted bands who aren’t as well known as they should be. (Looking back at my selection it would appear I mainly like musical duos and singers with red or black hair…) Anyway, in no particular order: 1. Helalyn Flowers Helalyn Flowers […]

The last basic rendering technique to talk about is shadowing. Shadows are really important for depth perception, and are vital for ‘anchoring’ your objects to your world (so they don’t look like they’re just floating in space). Shadowing is a very popular topic for research, so there are loads of variations on how to do […]

I’ve been playing Eve Online on and off since 2006. It’s a very complex game with 500000 active accounts, all playing on the same server. What this means is that it has the most interesting economy of any game out there due to the huge number of interacting players, complex supply and manufacturing chains and a […] 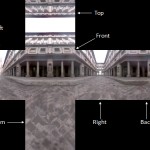 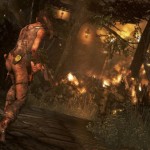 Recently the wife and I have been playing through Tomb Raider and Bioshock Infinite, and there is one thing that has really stuck in my mind from those games: how much I hate scouring a world for crates of loot. Tomb Raider First things first – the new Tomb Raider is really good. It’s actually the first Tomb […]

Last time I spoke about specular lighting, which combined with diffuse and ambient from the previous article means we now have a good enough representation of real-world lighting to get some nice images. However, this lighting isn’t very detailed. Lighting calculations are based on the orientation of the surface, and the only surface orientation information we have […]