The last basic rendering technique to talk about is shadowing. Shadows are really important for depth perception, and are vital for ‘anchoring’ your objects to your world (so they don’t look like they’re just floating in space).

Shadowing is a very popular topic for research, so there are loads of variations on how to do it. Years ago you could just draw a round dark patch at a character’s feet and call it done, but that doesn’t really cut it these days. 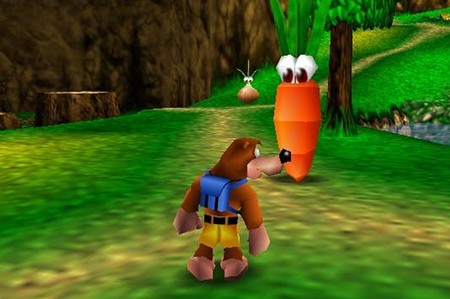 Shadows are usually implemented using a technique called shadow mapping. To go right back to basics, you get shadows when the light from a light source (e.g. the sun) is blocked by something else. So if you were stood at the sun (and assuming no other light sources) you wouldn’t see any shadows, because you would only see the closest point to the sun in any direction. This fact is the basis of shadow mapping.

What we’re going to do is draw the scene from the point of view of the sun, into a texture. We don’t care about the colour of the pixels, but we do care about how far away from the sun they are. We already do this when drawing a depth map, as I spoke about here. Because we need to use the shadow map when rendering the final image, we need to render the shadow map first (at the beginning of the frame).

There are considerations when rendering your shadow map that I’ll get to later, but first I’ll talk about how we use it. Here is the final scene with shadows that we’re aiming for: 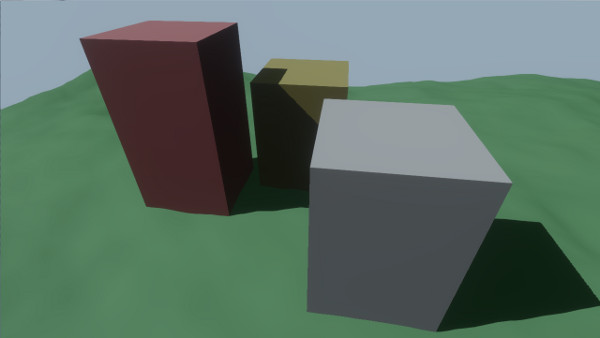 And this is the shadow map, i.e. the scene as seen from the light (depth only, darker is closer to the camera): 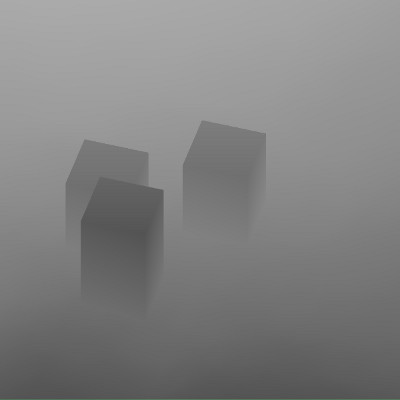 When drawing the final image we use ambient/diffuse/specular shading as normal. On top of that we need to use the shadow map to work out if each pixel is in shadow, and if so we remove the diffuse and specular part of the lighting (as this is the light coming directly from the sun). To work this out we need to go back into the world of transforms and matrices.

Rendering with the shadow map

When I spoke about view matrices I introduced this, which is how the basis, view and projection matrices are used to get the screen position of each vertex in a model:

If you remember, the basis matrix will position an object in the world, and the view and projection matrices control how the camera ‘sees’ the world. In the case of shadowing, we have two cameras (the usual camera we’re rendering with, and the one positioned at the light source). The other thing we have is the shadow map, which is the scene as viewed with the second camera at the light.

To perform shadowing, we need to find exactly where each pixel we’re drawing would have been drawn in the shadow map. So, when transforming our vertices, we need to do two separate transforms:

The first tells us where on the screen the vertex will be drawn (X and Y positions, and depth), and the second tells us where in the shadow map it would be drawn (again X and Y positions, and depth). Then in the pixel shader, we can perform a texture lookup into the shadow map to get the depth of the closest pixel to the light. If our calculated depth for that pixel is further away then the pixel is in shadow!

One problem you will have is shadow acne. When you’re rendering a surface that’s not in shadow, you’re effectively testing the depth of that pixel against itself (as it would have been rendere into both the shadow map and the final image). Due to unavoidable accuracy issues, sometimes the pixel will be very slightly closer and sometimes it’ll be slightly further away, which leads to this kind of ugly effect:

Because a surface should never shadow itself we use a depth bias, where a small offset is added to the shadow map depths to push them back a bit. Therefore a surface will always be slightly in front of its shadow, which cures this.

You need to take some care when deciding how to draw your shadow map – exactly as when you’re drawing your scene normally, you could point the camera towards any point in the world and your frustum could be any size. Also, you could use any sized texture to render into. All of these things affect the shadowing.

Let’s start with the easy one, the resolution of the texture. A small texture won’t have enough resolution to capture the small details in the shadow, but a large one will take a long time to draw, affecting your framerate. You might go for a 1024×1024 pixel shadow map, or double that if you want high quality.

The effective resolution of the shadow map is also affected by how wide a field of view you use when rendering it – if it’s very zoomed in then you’ll get a lot of pixels per area in the scene, but you won’t have any information at all outside of that area (so you won’t be able to draw shadows there). Therefore you need to pick a happy medium between high detail and a large shadowed area.

There is a way to get around the problem of having either detailed shadows or a large shadowed area, and that is by using a technique called Cascaded Shadow Maps. This just means that you use multiple shadow maps of different sizes. Close to the camera you’ll want detailed shadows, but further away it doesn’t matter so much. Therefore you can draw a second, much bigger shadow map (that therefore covers a much larger area) and when rendering you check whether the pixel is within the high detailed map. If not, sample from the lower detailed map instead.

This scene is showing how a cascade of two shadow maps can be used. You can see the blockiness caused by the lower detail map on the blue part of the box, but it enables the shadows to be rendered right into the distance: 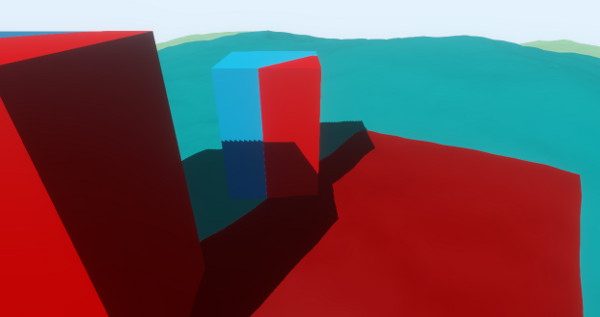 You don’t need to stop at two shadow maps – the more you have, the more detailed the shadows can be in the distance, but the more time you have to spend drawing the maps. Three maps is a common choice for games with a long draw distance.

One of the biggest problems with shadowing is filtering, or how to get soft shadows (which I talked a bit about here). The shadows we’re drawing here are hard shadows, in that each pixel is either fully in or out of shadow, with a hard edge in between. In the real world, all shadows have some amount of ‘softness’ (or penumbra) around the edge.

With standard texturing, you can avoid hard-edged pixels by blending between all the neighbouring pixels. This lets you scale up textures and keep everything looking smooth. Or you can not, and you get Minecraft:

With and without texture filtering

This doesn’t work with shadow maps. Using a shadow map always gives a yes/no answer: is the pixel further from the light than the shadow caster. Using texture filtering on the depth map between two pixels at different depths give a depth somewhere in between. It will still only give you a yes/no answer, but it’ll be wrong because it’s using some unrelated depth value. Instead, you have to use a more complicated method.

There are vast numbers of ways to do nice soft shadowing, so I won’t go into them here apart from to mention the simplest, which is called Percentage Closer Filtering (PCF) [one thing I find is that most graphics techniques have long and complicated sounding names, but they’re usually really simple]. With PCF, instead of doing a single shadow test, you do a few tests but offset the lookup into the shadow map slightly for each one. For example, you could do four tests – one slightly left, one right, one up and one down from where you would normally sample from the shadow map. If, for example, three of them were in shadow but one wasn’t, then the shadow would be 75% dark. This gives you some amount of soft shadowing.

As you can see it doesn’t look great, but more advanced sampling and filtering can be used to give decent results, and PCF is exactly what the soft shadowing in a lot of modern games is based on.

That sums up my introduction to basic graphics techniques. Hopefully it made sense and/or you learnt something… I will be carrying on with a bunch of more advanced techniques that I find interesting, and hopefully manage to present those in a way that makes sense too!