I’ll try to keep this brief, I don’t normally like to get too serious on here and everything has been said before more eloquently that I could put it.

I 100% support Anita Sarkeesian and her work on Feminist Frequency, as well as everyone else who has received abuse as a result of working on or expressing a view on video games.

If you don’t know what I’m talking about, count yourself lucky that you’ve been spared this particular display of vulgarity from a small segment of the “gamer” community in response to the Feminist Frequency videos. And if you have any interest in video games and how they can be improved, you could do far worse than watch them yourselves. 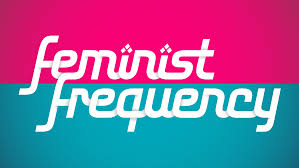 My main emotion while writing this is embarrassment. I’m embarrassed to have to state the blindingly obvious: that women and minorities have the right to criticise a medium of entertainment without being subjected to abuse and death threats. I’m embarrassed that the gaming community has allowed mysogynists and sociopaths to be such a prominent part of how the public (and even gamers themselves) perceives it. In 27 years of being a gamer I’ve never once been ashamed of my hobby, but the events of the last few weeks have pushed me perilously close.

This is me stating that those people do no represent me. Along with many many many many others, I believe it’s important to make a public stand – to do my little part in counteracting this toxic culture.

Games have been fighting to be recognised as art for years. Now they’re made it – and they’re starting to get the same level of critical examination as any other media. Some of it is valid, some less so, but any high-quality reasoned commentary is welcome, especially in a medium that has been mostly devoid of it for so long. As a (ex-professional, now spare time) game developer, I wholeheartedly welcome any criticism that makes me think harder about what I do, and what can be improved.

To end on a positive note: in the long run this sorry episode may actually achieve something. The developer community is small, close-knit and predominantly comprised of rational, educated, well-meaning professionals. I believe the issue of equality in games has very much been brought to the forefront for most of those developers. And I believe that gaming will continue to accelerate along the sometimes-rocky road to being a fully-fledged respected artform, one that we can all be proud of.

Thank you. Normal service will be resumed shortly.

One Response to “The Gamergate/feminism debacle”