I’ve pretty good at quite a lot of things, but I’ve always been a bit embarrassed about not being able to speak a second language. A couple of GCSEs in French and German was as far as I got, and that’s now mostly faded. This famously isn’t rare for English speakers, but after years of concentrating on science and maths I quite fancied branching out and giving a language a go.

At least I had the luxury of not needing to learn something ‘useful’, given that most international workplaces speak English, so there was the freedom to pick anything that appealed (and wanting to learn is vital if you want to make progress in any field). I knew the most French, but I’m just not that big on the Latin languages. I love Iceland and would love to speak Icelandic, but it’s quite difficult and just a bit too niche. So then I considered the other Nordic languages, and decided on Norwegian.

Apparently Norwegian is one of the easiest languages for an English speaker to learn. It’s relatively simple, there aren’t many strange sounds, and the grammar is familiar. It’s also considered the ‘middle’ language between Swedish and Danish – Danish has very similar vocabulary but different pronunciation (hence with Norwegian you get reading in Danish ‘for free’), and Swedish has similar pronunciation but more variation in vocabulary. The result being that Norwegian speakers have a reasonable chance of being able to communicate with both Swedes and Danes. That sounded promising, and the sound and look of the language appealed, so I thought I’d give it a go.

Naturally I assumed that technology had revolutionised language learning as it has everything else, and it appears I wasn’t wrong. There are loads of sites and apps available, and the most popular were Babbel.com and Duolingo.com. At the time (October 2014) Duolingo didn’t offer a Norwegian course, so I dived in with Babbel. But recently I’ve given been using Duolingo as well, so I’ll start with that. 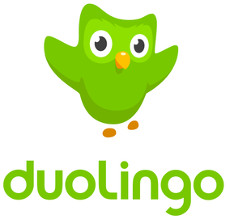 Duolingo is a free service offering 15 languages at last count, with more on the way. It’s a modern approach to language teaching, with all content crowd-sourced from volunteers and a healthy dose of gamification thrown in.

Gamification is all about using the compulsive reward structure of games to keep you interested. Finishing a lesson in Duolingo gets you XP, and gaining XP levels you up (I don’t know what levels do). You choose an XP target per day and build up streaks, and completing courses and streaks earns you Lingots, which you can spend in the store on… stuff to help you earn more Lingots (OK, I don’t really know what they’re for either). It’s an interesting approach, and probably useful if you’re not that fussed about learning, but I suspect that if you need gimmicks to progress then maybe you’ve not got the motivation required to get very far.

Each lesson introduces a few new words, and you can click on a word at any time to get a translation. Lessons consist of a random series of translation or listening exercises, and last until you get enough answers correct. There’s a robot voice for reading out words and sentence, and for the most part it’s decent but does sound very synthetic. There are no formal lessons on grammar, but the website (only, not the app) often has a page of explanation with each topic explaining a few intricacies.

Because each lesson only uses words you already know, plus a few new ones, the content tends to be repetitive and bears little resemblance to actual speech. The repetition is a good thing for learning, but it all feels rather contrived and likely to give the illusion that you know more than you do. I’ve come across a few questionable sentence choices as well, my favourite being “The wolf is eating me”. I suppose that could come in useful one day.

Overall though Duolingo does a good job. As it’s free you’ve got nothing to lose, so it’s worth giving it a go.

Babbel is different in that it’s a paid subscription service, again offering lessons both on the site and in an app. What you’re paying for with Babbel is proper structured lessons and real voice actors, both of which I find hugely valuable.

There are two main types of content for each language – structured courses of lessons and vocabulary lists. The structured lessons remind me of traditional language courses, starting with basic phrases (hello, goodbye, how are you, I don’t understand, etc), then introducing more grammar rules and tenses alongside topics such as food and drink, families, hobbies and the like.

There’s the usual variety of activities in each lesson, from repeating words with speech recognition, matching words to their translation, anagrams, and filling in missing gaps in sentences (from both text and audio cues). The speech recognition is a bit hit and miss, so I tend to turn it off, but that could just be my pronunciation…

Unlike Duolingo, sentences feel a lot more natural. You’re only learning a few new words each lesson, but they’re used in context with a lot of unfamiliar words (with the full English translation provided). You pick up quite a lot of random extra words and phrases this way, as you’re more exposed to the full language. Finding yourself understanding more and more of this ‘padding’ is a rewarding sign of progress.

My favourite bits early on were the dialogues at the end of each lesson. Some of them actually made me laugh out loud (not sure if the comedy was intentional or not), from someone complaining over the price of vegetables, to an interview for a plumbing job where she’d previously worked as a doctor, in telemarketing and as a gardener in a cemetery. They remind me of the GCSE language writing exams, where as long as it was grammatically correct you could write all manner of rubbish. I remember giggling away to myself while writing about a school skiing trip where three people broke their legs, the teachers were in the bar all day and everyone had to go home early with diarrhoea (“durchfall”, the word that every student of German knows).

Finally there’s your vocabulary list. Each new word and phrase goes into your list, and different words come up for revision every day. Getting it right moves it up a level so it comes up for revision less often, while getting it wrong shows it again sooner. It’s intuitive, helpful, and gives you something quick to do each day – five or ten minutes here and there will usually get you through your list (Duolingo has something similar, but the logic is a bit fuzzier).

Overall I’m very impressed with both sites. I’ve learnt more in the last year that I did with years of lessons at school. Whether that’s through the approach or just wanting to learn I don’t know, but I suspect a bit of both. Personally I prefer Babbel, and I think it’s very good value at around £40/year (they often send special offers after signing up). If you feel like giving it a go, here’s an invite with a free week. But I’ll continue to use Duolingo alongside it, as they complement each other well.